While Exuma was not impacted by the storm, GIV Bahamas and the Bahamas High Commission teamed up to raise funds and awareness for those impacted 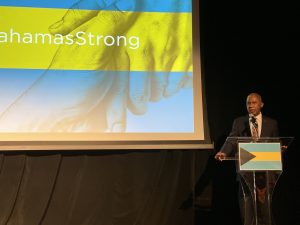 It has been more than 3 months since Hurricane Dorian struck The Bahamas, widely believed to be the most destructive storm in the country’s history.

While the initial out-pouring of support has been significant, perhaps the biggest danger remains – this tragedy falling out of the news cycle, and consequently from our thoughts.

The category 5 storm, focused solely on Abaco and Grand Bahama, did not impact the majority of the country, including Exuma, which resides more than 300km south.

Nevertheless, GIV Bahamas, the largest owner of villas at Grand Isle Resort, partnered with the Bahamas High Commission earlier this month to keep the desperate need of Bahamians in the headlines. Last month, more than 100 people in the Ottawa community came together in remembrance, raising more than $23,000 for those impacted by Dorian. 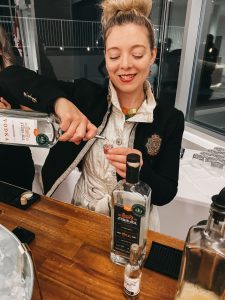 “I have been investing in The Bahamas for well over a decade,” said Peter Nicholson, President of GIV Bahamas Inc, as well as The Foundation WCPD, a boutique financial services firm that helps wealthy donors give more to charity.

“Although our resort was not touched by Dorian, giving back is in our DNA, whether it is in Canada or The Bahamas. We wanted to stand with our friends at the Bahamas High Commission and really offer a unified show of support for what this country is going through.”

The Ottawa community did not disappoint.

In addition to coverage in the press (read Ottawa Sun column here), the business community came out in force.  50 Sussex, home of the Royal Canadian Geographical Society, provided not only a gorgeous venue for the festivities but also a  discounted rate. Lou Lou Lounge provided the furniture. Meanwhile, an eclectic array of Ottawa restaurants donated their time and food through a series of interactive stations, including Restaurant 18, Bar Lupulus, Prohibition and Wandering Chef Catering. 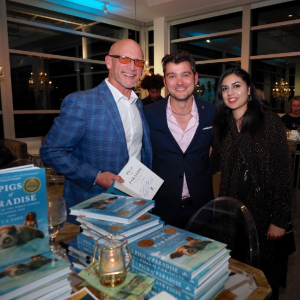 Top Shelf Distillery offered welcome drinks for guests upon arrival, while Mark Motors Group generously donated the red carpet valet service.   The evening began with welcome remarks from Nicholson, followed by a greeting from His Excellency Alvin Smith, the High Commissioner of The Bahamas. The crowd was then treated to a  screening of ‘Pigs of Paradise’, the new, full- length film based on the award-winning book by Ottawa- based author T.R. Todd.

The film chronicles the origins and rise to fame of Exuma’s swimming pigs, an attraction that now generates millions for the Bahamian economy. Nicolson served as the movie’s executive producer, with Todd as the screenwriter Charlie.

Smith, a Bahamian who lives in Miami, Florida, was enlisted as the film’s director.

After the movie, guests were invited upstairs for food, drink and a silent auction, which helped raise a large portion of the $23,000.

A portion of the $23,000 will go towards NEMA and the Bahamas Red Cross. Meanwhile, the rest is earmarked for The Exuma Foundation to assist with the many Bahamians families from Abaco & Grand Bahama that have been displaced and are now re-starting their lives in Exuma. 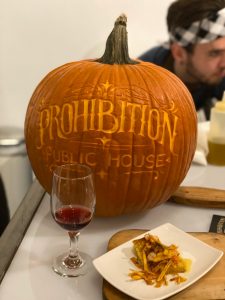 Exuma Foundation, the largest nonprofit on the island, is currently building a shelter to house some of those displaced, while also running a breakfast program for the children arriving to school each morning with nothing to eat.

“The need in Abaco and Grand Bahama is tremendous, but we should not also overlook those that have fled those islands in search of a better life,” said Danny Strachan, Managing Director of the Exuma Foundation. “These funds will no doubt go a long way to having a direct impact on families here in Exuma. These families lost everything, but we can give them a chance to start over and have a better life.” 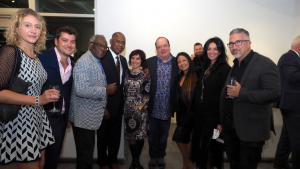 But beyond donations, the prevailing theme of last month’s event was far more simple – the best way to help The Bahamas, is to visit. Sadly, many people believe that all of The Bahamas was devastated. Organizers wished attendees to remember that most of the country remains open for business. Tourism is by far the main economic driver and source of employment for The Bahamas.

“Not everyone can afford a $5,000, $10,000 or larger donation,” Nicholson told the crowd. “But many of us will go on a holiday this year or next. Please consider The Bahamas. As Abaco and Grand Bahama recover, the rest of the country is waiting for you, and as beautiful as ever.”